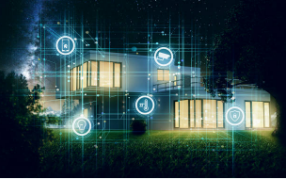 In a recent case before the Washington Court of Appeals, Division II, Mihaila v. Troth (No. 55525-5, March 1, 2022) the Court reversed a trial court’s dismissal of a premises liability personal injury claim where plaintiff had fallen from a roof landing on a metal grounding rod causing serious injury.

The Troths own a house and surrounding property in Lake Tapps. They had at least two metal grounding rods on their property. One of the grounding rods was near their shed and extended 15 to 16 inches above the ground. The Troths leaned a large paver block against that rod so they would not hit it when mowing their lawn.

Mihaila is a remodeling contractor who the Troths had hired to perform several construction jobs. In March 2018, the Troths hired Mihaila to install a new roof on their shed. Mihaila arrived at the Troths’ property, got out his equipment and a four-foot ladder, and started to install new shingles on the shed roof. When Mihaila relocated his ladder to do the next set of shingles, he noticed the paver leaning against the grounding rod sticking out of the ground. The rod was toward the center of the shed. Mihaila knew the grounding rod was not safe because it was supposed to be completely embedded in the ground. Mihaila removed the paver because he did not want it to be in the way of his ladder. He recognized that the grounding rod created a risk, but he had no way of removing the rod. So he positioned the ladder directly over the rod as a safety precaution; if he fell, he wanted to land on either side of it. After making sure the ladder was steady and was not wobbling, Mihaila got his nail gun and climbed up to the second step. Mihaila was not sure how it happened, but the ladder flipped and he fell. The ladder flew against the side of the shed and he landed on the grounding rod, which embedded in his right side. Mihaila suffered multiple rib fractures and a punctured lung. Mihaila filed personal injury suit against the Troths alleging negligence. The Troths sought dismissal of the claim on summary judgment. Mihaila defended the motion by claiming Mihaila submitted a declaration in which he said that the rod looked like “a sword sticking out of the ground.” He stated that “I could not complete the job without confronting this hazard in some way.” His solution was to remove the paver and place the ladder over the grounding rod to serve as a barrier in case he fell. Mihaila also submitted the report of a safety expert, who stated his opinion that a grounding rod that protruded 15 to 16 inches above the ground surface was an “unreasonably hazardous and dangerous condition.”
The trial court granted the Troths’ summary judgment motion. The court stated that summary judgment was appropriate regarding the Troths’ duty because Mihaila “became aware of the risk, undertook to encounter the risk, and made his own efforts to mitigate the risk.” Mihaila appealed.

On appeal, Mihaila argued the grounding rod posed an “unreasonable risk of harm” and it was a question of fact as to whether Troths exercised reasonable care to protect him against that harm.

Under premises liability law, a landowner’s duty to a person entering onto the property depends on the entering person’s status as a trespasser, a licensee, or an invitee. An invitee for premises liability purposes includes a business invitee, who “is a person who is invited to enter or remain on land for a purpose directly or indirectly connected with business dealings with the possessor of the land.” RESTATEMENT (SECOND) OF TORTS § 332. A licensee is “a person who is privileged to enter or remain on land only by virtue of the possessor’s consent.” RESTATEMENT § 330. Comment e to § 332 states that a business invitee includes people “who come upon land not open to the public . . . for a purpose connected with their own business, which is connected with any purpose, business or otherwise, for which the possessor uses the land.” An example is “a workman who comes to make alterations or repairs on land used for residence purposes.” Because Troths hired Mihaila in his business capacity to come onto their property to repair the roof shed, the Court of Appeals concluded he was to be considered a “business invitee”.

As a business invitee, liability for injury is determined in accordance with Section 343 of the Restatement (Second) of Torts, which provides: A possessor of land is subject to liability for physical harm caused to his invitees by a condition on the land if, but only if, he

(a) knows or by the exercise of reasonable care would discover the condition, and should realize that it involves an unreasonable risk of harm to such invitees, and

(b) should expect that they will not discover or realize the danger, or will fail to protect themselves against it, and

(c) fails to exercise reasonable care to protect them against the danger.

RESTATEMENT § 343. Under this standard, an invitee “is . . . entitled to expect that the possessor will exercise reasonable care to make the land safe for his entry,” which includes inspecting for dangerous conditions, “followed by such repair, safeguards, or warning as may be reasonably necessary for [the invitee’s] protection under the circumstances.” Id. In addition, when the dangerous condition is known or obvious to an invitee, we apply § 343A(1) which states: “A possessor of land is not liable to his invitees for physical harm caused to them by any activity or condition on the land whose danger is known or obvious to them, unless the possessor should anticipate the harm despite such knowledge or obviousness.”

The general rule is a landowner is not liable to an invitee for dangers that are obvious. However, the general rule is not absolute. Under § 343 and § 343A(1), “an invitee’s awareness of an unsafe condition does not necessarily preclude a landowner of liability.” Mucsi v. Graoch Assocs. Ltd. P’ship No. 12, 144 Wn.2d 847, 31 P.3d 684 (2001). There may be situations where a landowner should anticipate that even known or obvious dangers will cause harm. Mihaila argues that the Troths had reason to expect that he could not eliminate the dangerous condition and would proceed to encounter the grounding rod despite the danger in order to complete the roof job because the advantage – getting paid for the job – outweighed the risk. The Court of Appeals found this argument persuasive and reversed the trial court's decision. It is important to note the Court of Appeals did not make a finding that Mihaila would ultimately prevail on his claim. It simply ruled that there was a “question of fact” as to whether Mihaila’s only alternative to exposing himself to the risk of the grounding rod was to forgo the project and whether the Troths had failed to exercise reasonable care to protect Mihaila from the danger posed ty the grounding rod. A “question of fact” is an issue which typically must be resolved after live witness testimony is provided (generally at trial). It is also possible the trial court could have concluded Mihaila was at least partially at fault and/or knowingly assumed some risk when he set and climbed his ladder over the grounding rod. This is a tricky case for a lay person to evaluate as on its face it makes it sound like the property owner (Troth) is liable for this harm. This is not necessarily the case, but it is a cautionary tale for all property owners to be mindful of any dangerous conditions on their property. The easy remedy for the Troths in this case would have been to pound the grounding rod into the ground, or otherwise replace it. It is wise for property owners to walk around their property and take reasonable action to address any potentially dangerous conditions on their property. If you have any questions about a potential premises liability case, please contact attorney Chris Thayer at (206) 340-2008 or CThayer@PivotalLawGroup.com