CASE LAW UPDATE: City liability for sewer back up

In Acosta v. Mabton, the Court of Appeals (Division III)(No. 35159-9, 2018), recently addressed whether a property owner had a claim against the city (Mabton, WA) when sewage backed up and flooded their residence. In Acosta, on the morning of January 12, 2015, the Acostas woke up to find their basement flooded with sewage. The Acostas called the city who sent out public works employees to investigate. The city employees were able to clear the blockage, though contemporaneous reports do not reference the cause of the blockage. Photos showed large amounts of grease in the line, and at a City Council meeting the mayor of Mabton noted: A lot of times we have grease problems. Everybody knows that. We know that when it does get backed up, it is . . . it ends up right there for whatever reason. That's where it ends up in the system . . . it's on B Street and Sixth . . . near Sixth Street. And that's where everything tends to end up and it starts to back up from there.

The Acostas sued the city. In depositions, city employees claimed, for the first time, that when the blockage was cleared the employees saw a partially deflated 8 ½ inch basketball in the sewer line, which they think may have caused the blockage. The Acostas argued there was no evidence of a ball, nor any reference to a ball in the contemporaneous reports by the city workers on site. The city employees also testified that the city had problems with grease clogging sewer lines. Until 1-2 years before the Acosta’s problem, as part of a maintenance plan, the city had annually jetted out its sewer lines or used a special product designed to melt fat deposits.

The trial court dismissed the Acostas’ claim, based on the City’s argument that a ball had blocked the sewer line, and not faulty or poor maintenance by the city. The Acostas appealed.

A municipality has a duty to exercise reasonable care in the repair and maintenance of its sewage systems. Kempter v. City of Soap Lake , 132 Wn. App. 155, 158, 130 P.3d 420 (2006). This '"duty to keep its sewers in repair, is not performed, by waiting to be notified by citizens that they are out of repair, and repairing them only when the attention of the officials is called to the damage they have occasioned by having become dilapidated or obstructed.'" Vittucci Importing Co. v. City of Seattle, 72 Wash.192, 195, 130 P. 109 (1913) (quoting McCarthy v. City of Syracuse, 46 N.Y. 194, 197-98 (1871)). '"Where the obstruction or dilapidation is an ordinary result of the use of the sewer, which ought to be anticipated and could be guarded against by occasional examination and cleansing, the omission to make such examinations and to keep the sewers clear is a neglect of duty which renders the city liable.'" Id. at 196 (quoting McCarthy, 46 N.Y. at 198).

The Court of Appeals ruled it was error for the trial court to dismiss the Acostas’ case, and that a trier of fact could find the City breached its duty, based on the testimony of the city employees regarding the lapse in maintenance procedures and reversed the trial court.

Proving the cause of a sewer back up can be tricky. It is important to have a camera run up the line to document the cause, if possible, of the blockage. In general, a property owner is responsible for maintaining their sewer line out to the point where the line connects with the main line. If you have questions, or need assistance in determining whether you might have a claim, please feel free to contact Managing Member, Chris Thayer, at (206) 805-1494 or CThayer@PivotalLawGroup.com. 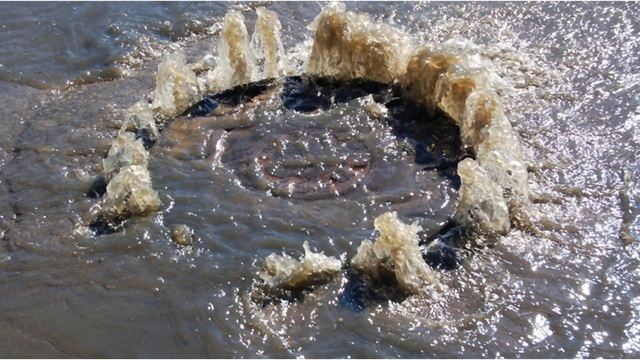