In Knutson v. Macy’s West Stores, Inc., et al, (75565-0-1)(December 11, 2017), the Court of Appeals Division I overturned a trial court ruling relating to a patron injured while riding on an escalator at the Bellevue Square Mall.

Natasha Knutson and her husband and daughter were leaving a holiday performance at the Bellevue Square Mall on December 6, 2012. They rode up an escalator located directly outside of a Macy's department store. Knutson and her daughter were among seven persons physically injured when one of the escalator steps jammed. The escalator had several fail-safe mechanisms designed to shut it off in this situation, but due to poor maintenance, the fail-safes did not activate and the escalator continued to run. According to witnesses, there was a screeching noise, steps began piling up, and the escalator collapsed within itself.

The Department of Labor and Industries investigated the incident. An inspector found screws, bolts, and brackets loose on the skirt panel, which caused the panel to get in the way of the escalator steps. Schindler Elevator Company (who had a service contract to maintain the escalator) had failed to maintain proper maintenance logs and had not performed required maintenance for an extended period. The escalator had a history of mechanical issues such as vibrating, shaking, and emitting grinding sounds and smoke. The Inspector concluded a lack of maintenance and inaccurate escalator safety testing procedures led to the malfunction. An engineering firm hired by one of the defendants to conduct an independent investigation confirmed the Inspector’s opinions. An expert witness retained by the Knutsons, also concluded the accident was caused by Schindler's failure to recognize obvious equipment defects that "would have been apparent to any reasonably trained escalator mechanic."

Knutson sued Macy’s, Kemper Development Company and Bellevue Square, LLC (owners of the mall) for personal injuries. Macy’s in turn, sued Schindler – blaming it for the defective maintenance. The trial court dismissed the claims against Macy’s and Kemper, based on a defense neither had any notice of any defects or problems with the escalator prior to the incident, and they had delegated the maintenance to Schindler.

Escalators, like elevators, are known as “common carriers” and “A common carrier owes the highest degree of care toward its passengers commensurate with the practical operation of its services at the time and place in question.” Price v. Kitsap Transit, 125 Wn.2d 456, 465, 886 P.2d 556 (1994).

On appeal, the Court of Appeals shot down Macy’s and Kemper’s arguments:

Macy's and Kemper contend they cannot be held vicariously liable for negligent maintenance by Schindler because Schindler was an independent contractor, not an employee. They are mistaken. Delegating maintenance to an independent contractor does not relieve owners and operators of escalators from the high degree of care they, as common carriers, owe to their passengers. Common carriers have historically been held vicariously liable for injuries to their passengers based upon a nondelegable duty of care. Niece v. Elmview Group Home, 131 Wn.2d 39, 54, 59, 929 P.2d 420 (1997), citing Marks v. Alaska S.S. Co., 71 Wash. 167, 127 P. 1101 (1912).

When a duty is nondelegable, “it cannot be satisfied merely by using due care in the selection of a contractor.” The Court of Appeals went on to note, “[a]n actor who owes a duty is permitted to delegate the activity to an independent contractor but will remain vicariously liable for the contractor’s tortious conduct in the course of carrying out the activity.”

The Court of Appeals also noted:

If Schindler's neglectful maintenance caused the Knutson's injuries, it is immaterial that Macy's and Kemper were unaware of the loose screws and missing nuts. It is immaterial that escalator repair, by law, must be carried out by a licensed technician like Schindler. Macy's and Kemper are vicariously liable for Schindler's negligence the same as they would be if their own employees had been licensed to maintain the escalator and had been negligent in doing so.

Generally, an employer is not liable for the acts or omissions of an independent contractor. This case is a departure from that principle, though the Court based its ruling on the concept of “common carrier” liability, noting this duty was nondelegable. It should be noted, Schindler is still likely liable for the damages, and as of the date of the appeal, was the subject of a third-party claim by Macy’s.

This case has potential broad sweeping impact on commercial property owners and may well be appealed to the Washington Supreme Court. By this ruling, the court opened up commercial property owners to potential liability for actions (or non-actions) by professional licensed specialty contractors. Assuming this ruling stands, it will no doubt engender the parties to draft indemnity language and likely cross-insurance provisions in maintenance contractors for elevators and escalators. If you have any questions about this case or its implications, please contact Managing Member, Chris Thayer at (206) 805-1494 or CThayer@PivotalLawGroup.com. 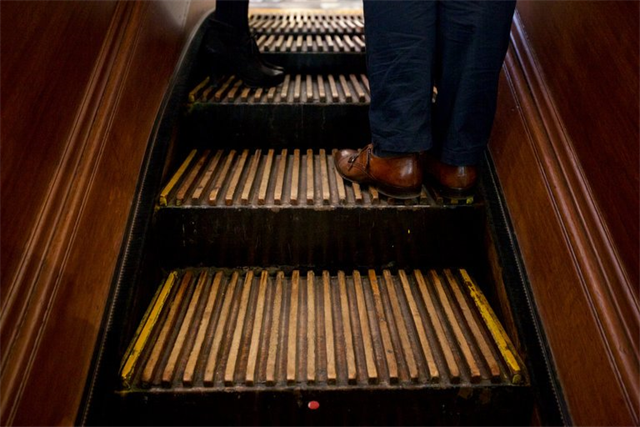