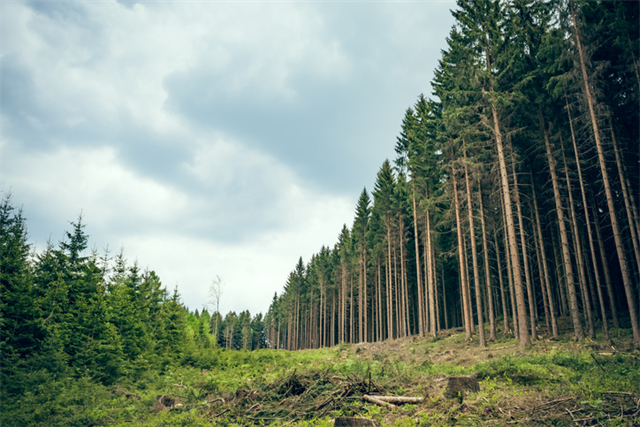 In its recent published opinion in Schroeder v. Haberthur, the Washington Court of Appeals, Division Three, held that growing and felling timber is not “farming” under the Deed of Trust Act (“DTA”), construing the DTA using definitions found in the Uniform Commercial Code (“UCC”).

The lawsuit turned on whether Excelsior Mortgage Equity Fund (“Excelsior”) could conduct a nonjudicial foreclosure on 200 acres of Shroeder’s land. Schroeder took out a loan from Excelsior in 2007 and secured the loan by a deed of trust on his 200 acre parcel. Schroeder described the parcel as 75 percent “Ag and timberland” and 25 percent scrapyard. Schroeder operated a logging business on the land in addition to a scrap metal business.

The Court of Appeals held that timber is not a “crop” and thus Schroeder’s use of the parcel for timber and logging purposes did not render the parcel agricultural. Since the DTA does not define “crops,” the Court of Appeals held that the UCC definition applied. The court noted that the legislature likely expected that the UCC would apply to the DTA, and that UCC definitions often applied in other secured transaction settings. Thus, the court concluded that Schroeder’s use of the parcel was not agricultural and Excelsior was entitled to conduct a nonjudicial foreclosure on the parcel.