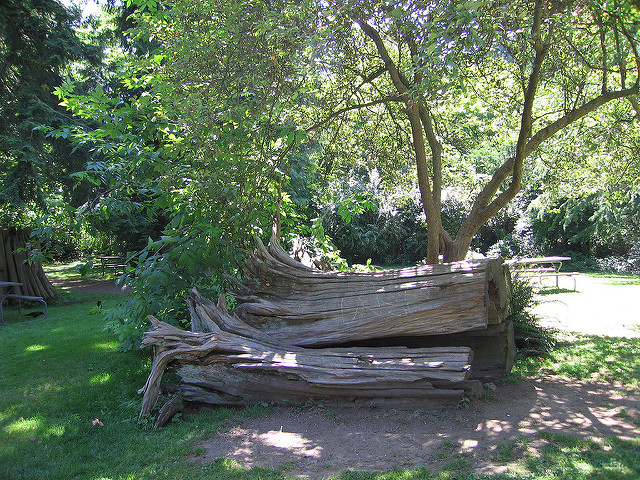 In Pendergrast v. Matichuk, the Washington Supreme Court revisited the Timber Trespass statute (which awards damages against a person who wrongfully cuts down a tree on another’s land. In 2006, Leslie Pendergrast and Robert Matichuk bought adjacent lots separated by a solid wooden fence. The fence enclosed a venerable cherry tree on Pendergrast's lot. For several years, Pendergrast and Matichuk maintained their lots as if the fence was the boundary line between them. Unfortunately, the fence stood several feet from the true property line as indicated by the legal description in the deeds. The cherry tree stood on the disputed part of Pendergrast's lot.

Matichuk tore down the fence, built a new one on the property line indicated by the deed, and had the cherry tree cut down. Litigation ensued. Pendergrast sued, seeking, among other things, to quiet title in the strip of land between the old fence line and the new one. In a preliminary ruling, the trial court found in favor of Pendergrast, confirming Pendergrast owned the dispute strip of land – including the cherry tree. She also sought damages for trespass and timber trespass, including treble damages under the timber trespass statute, RCW 64.12.030 (Washington’s “Timber Trespass” statute).

The matter proceeded to trial and the jury found in favor of Pendergrast, awarding her damages for economic and noneconomic damages (i.e., pain and suffering, emotional distress, etc.). In accordance with the Timber Trespass statute, the trial judge tripled the economic damage award, but not the non-economic damages.

Whenever any person shall cut down ... any tree ... on the land of another person ... without lawful authority, in an action by the person ... against the person committing the trespasses ... any judgment for the plaintiff shall be for treble the amount of damages claimed or assessed.

The purpose of the timber trespass statute is well established: "to (1) punish a voluntary offender, (2) provide treble damages, and (3) discourage persons from carelessly or intentionally removing another's merchantable shrubs or trees on the gamble that the enterprise will be profitable if actual damages only are incurred." The timber trespass statute is silent on the types of damages subject to trebling. The question before the Washington Supreme Court was whether courts have the authority to treble non-economic damages (e.g., emotional distress) awarded under the Timber Trespass statute. The Washington State Supreme Court answered this in the affirmative, finding there was a basis to treble all damages awarded under the statute.

This case shows the perils of removing a tree on another’s property. Where a party can establish by a preponderance of evidence that the removal of the tree caused emotional distress, the jury may award damages, and these damages may be tripled if there is a violation of Washington’s Timber Trespass statute. In the Pendergrast case, that meant an award of over $200,000.

Photo credit: In the Cherry Tree, used under the Creative Commons license.