With Recent Advances in Technology, Should Harm to Prosthetic Limbs Be Considered Property Damage or Personal Injury? 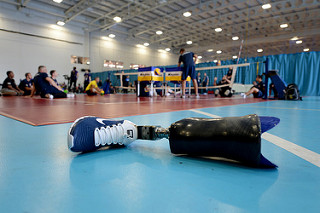 Prosthetic limbs have become increasingly advanced. For example, the most recent devices being created at Johns Hopkins' Applied Physics Laboratory have been developed with neurotechnology and may enable users to mentally control their prosthetic limbs as well as receive sensory feedback from them.

Despite the technological advancements, the law has yet to catch up to these changing boundaries of personhood and property. With an absence of case law related to this specific issue, damage to prosthetic devices may simply be considered property damage rather than personal injury.

According to the law, you and your cell phone are two separate entities. No matter how reliant you might feel on the small, glowing rectangle in your pocket, the distinction is clear: you are a person and your phone is your property. In the same way, the law also sees a separation between a person who is using a prosthetic (such as a bionic limb) and the device itself.

But as new types of prosthetics become available, and the integrations between man and machine become more intimate, the traditional distinctions the law makes are being questioned. This occurred most recently at the University of Oxford’s Human Enhancement and the Law: Regulating for the Future Conference, which explored the legal issues that might arise as a result of developments in human enhancement technologies.