Underinsured Motorist Benefits and When They Apply 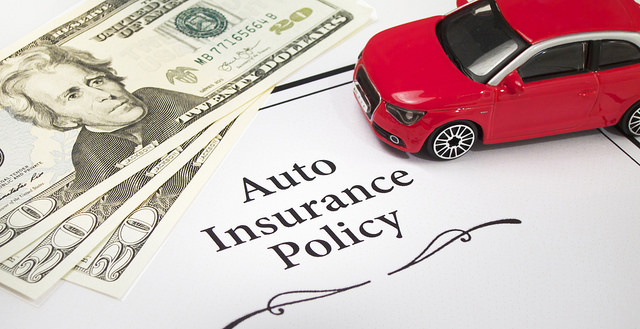 Anyone who drives a car knows they need to have car insurance. When it comes to coverage for personal injuries, there are three main types of benefits:

• Personal Injury Protection (“PIP”) (also sometimes referred to as Medical Payments or “MedPay”), which covers the insured for medical and other expenses, regardless of fault;

• Liability, which protects the insured from the risk of that they might be sued or held legally liable for having injured another person; and

• Underinsured Motorist (“UIM”), which provide the insured coverage when they are injured by another person, but that person has no or inadequate Liability coverage.

This article addresses the last of the three: Underinsured Motorist benefits. In a recent case before the Washington State Supreme Court, Kroeber v. Geico Insurance Company, No. 91846-5 (January 14, 2016), the following question was raised: For the purposes of UIM coverage, does an injury to an injured pedestrian “arise out of” the intentional firing of a gun from an uninsured pickup truck?

Ms. Kroeber had car insurance through Geico. One day, she was shot by a person in a pickup truck. That truck and driver were uninsured. Ms. Kroeber filed a UIM claim through Geico. Her policy provided her with UIM coverage due to injuries, as long as those injuries “[arose] out of the ownership, maintenance or use of the underinsured motor vehicle.” Geico denied her claim, leading to her lawsuit and this question being presented to the Supreme Court.

Rather than provide a specific answer to the question, the Court instead established an analysis to determine where an injury “arises out of” the ownership, maintenance, or use of a vehicle when the vehicle is not what caused the injury.

First, the Court noted that this “arising out of” language is required by Washington law. Where an insurance contract provides for UIM coverage, it must contain this language. Also, “[c]overed persons are entitled to coverage without regard to whether an incident was intentionally caused.” RCW 48.22.030(12). Insurance contracts must be liberally construed for the benefit of the public, and in the same way an average person would when purchasing insurance.

Second, the Court acknowledged that while Washington cases have not provided a clear answer to what “arises out of” means, it has provided some guidance. On the one hand, it is not enough that the car be the “mere situs” of the accident. On the other hand, the vehicle does not need to be the “direct cause” of the injury. Instead, the accident must have “some causal relationship” to the vehicle or its operation. In other words, the Court sees the phrase “arising out of” as broader than the phrase “caused by.”

The Court did not answer the question directly, but it strongly implied it would support finding in favor of Ms. Kroeber. Notably, the Court spoke highly of an Oregon case “factually akin” to Ms. Kroeber’s (De Zafra v. Farmers Insurance Company, 270 Or. App. 77, 346 P.3d 652 (2015)). In De Zafra, the Oregon court found a causal connection.

The Court returned the case to the trial court for a factual determination, leaving them with this parting thought: “[A]n automobile is more than the mere situs of an accident if some causal connection does in fact exist between the use of the vehicle and the injury.” In such cases, the injured is entitled to UIM benefits.

While this case may not provide all the answers, it does provide positive guidance that people who are injured can rely upon their car insurance for help, even when the injury was not directly caused by the use of a car.