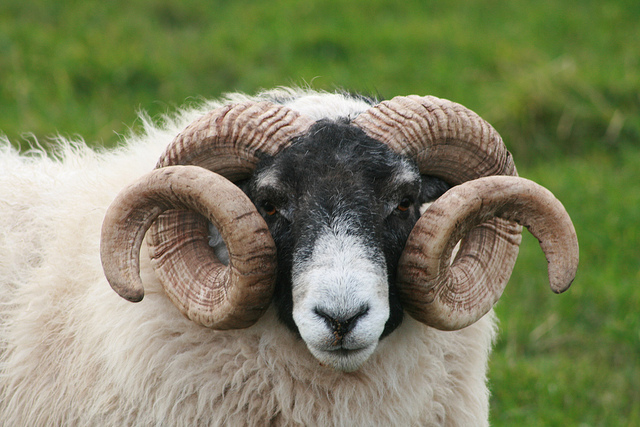 In Rhodes v. MacHugh (No. 32509-1, 11.3.15), a case that feels like it could only come out of Division III (which covers Eastern Washington), the Court of Appeals was asked to decide whether a ram (male sheep) could be considered “abnormally dangerous” for purposes of determining potential civil liability for causing injury to another.  The facts of Rhodes are worthy of review in some detail.

Jay Rhodes and Rodney MacHugh are long-time friends and neighbors.  Both men live in Richland and have farmed for decades.  Mr. Rhodes has allowed Mr. MacHugh to keep some of his livestock on Mr. Rhodes's property, including sheep.  In the summer of 2012, Mr. MacHugh purchased a ram.  The replacement ram was eight or nine months old I and weighed in the neighborhood of 150 pounds. It showed no vicious tendencies. The men took it to Mr. Rhodes's property where, for the following month, it caused no problems. In the weeks before Mr. MacHugh put the ram in with ewes, Mr. Rhodes described it as "real friendly. He'd come up to me several times when I was changing water, and I'd pet him." Until the incident, there had been no signs that this ram was aggressive or dangerous.

On August 20, 2012, Mr. Rhodes went into his yard to tum on his sprinklers. By that time, Mr. MacHugh had put several ewes in the pasture with the ram. Mr. Rhodes walked past them and the ram butted him from behind, knocking him to the ground and repeatedly pummeling him with its head and horns. Mr. Rhodes, then 82 years old, suffered a concussion, five broken ribs, and a broken sternum and shoulder. Mr. Rhodes filed a lawsuit in an effort to recover for his injuries. He refused to accuse his friend of negligence, but relied solely on a claim for strict liability – arguing that rams are inherently dangerous animals.

The longstanding rule in Washington regarding liability for harm caused by a domestic animal has been:

Lynch v. Kineth, 36 Wash. 368, 370-71 (1904).  Thus, the general rule for animals is that, if the animal is not known to be abnormally dangerous, an injured party must prove negligence. Note that the Washington Legislature created an exception for this rule for dogs – imposing strict liability for the dog owner in the event the dog bites a person in a public place or a when the person is lawfully in a private place.  See, RCW 16.08.040.

Mr. Rhodes concedes that sheep have not historically been regarded as being inherently dangerous animals. Nevertheless, he argued for a gender-based finding that male sheep are dangerous because "[t]he dangerous propensities of rams are well-known and strict liability should attach, and this whether the animal is 'domestic' or otherwise."

The Court of Appeals, although sympathetic to Mr. Rhodes, declined to adopt this position.  It noted that “for policy reasons that owners of male domestic animals have not been held to a standard of strict liability, because often it is the very characteristics that cause the males to be dangerous that make them useful to society.” The comments to §518 of the Restatement (Second) of Torts observe that "[t]he high temper normal to stud animals is so inseparable from their usefulness for breeding purposes that they are not kept at the risk of the liability stated in §509." Restatement (Second) of Torts § 518, cmt. f. The comments explaining the rationale for §509's rule of strict liability similarly observe that

The law is not oblivious to the greater risk posed by male livestock used for breeding in the context of liability for negligence, and greater precautions are typically required in light of their characteristics.  However, in this instance, Mr. Rhodes did not seek to claim that his neighbor had been negligent, and the Court of Appeals affirmed the trial court’s dismissal of Mr. Rhode’s case.

Here the challenge associated with Mr. Rhode’s claim was that the ram in question had not previously exhibited any aggressive or dangerous propensities.  Nor was there any particular evidence, at least noted by the court, that Mr. MacHugh had failed to exercise reasonable care with respect to the ram.  All large animals are at least in theory potentially dangerous to humans, but Division III made it clear that the 100 year old rule of law remains in effect – and unless the animal has a history of aggression or violence – an injured party has no remedy under strict liability theories.