Social Media Updates Off Duty Can Cost You Your Job 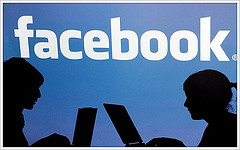 In a recent Washington State Court of Appeals, Division I case, the court in Kirby et al v. Dept. of Employment Security (No. 70738-8-I) analyzed whether an employee who is discharged for alleged misconduct based on her social media post disqualifies her from receiving unemployment compensation benefits.

RCW 50.20.066(1) states that an employee who is discharged for misconduct connected with his or her work is disqualified from receiving unemployment compensation benefits. In Kirby, security officer Sarah Black was awarded unemployment benefits after being terminated from her job for her post on Facebook: “u kno wat, I do not give a f[**] about a police officer that got shot, if they quit fu[]kin wit ppl, ppl prolly quit shootin em all the goddamn time karmas a bitch”. Black’s Facebook privacy was set fairly high, with only approximately 100 Facebook “friends” who can view her posts. Unfortunately, one of her Facebook friends was a co-worker, who showed her post to her employers.

Her employer, Puget Sound Security Patrol (“PSSP”) contested her unemployment benefits, claiming misconduct pursuant to RCW 50.22.066(1). The court of appeals used the 3-part test to determine whether a person committed misconduct connected with his or her work, as established in Nelson v. Dept. of Employment Security, 98 Wn.2d 370, 655 P.2d 242 (1982), whether the employee’s conduct:

(1) had some nexus with the employee’s work; (2) resulted in some harm to the employer’s interest; and (3) was in fact conduct which was (a) violative of some code of behavior contracted for between employer and employee, and (b) done with intent or knowledge that the employer’s interest would suffer.” The court held that the third element cannot be implied.

In determining whether Black was entitled to unemployment compensation benefits under the Employment Security Act, the court found that PSSP failed to meet the first and third elements of the test. The court replied on the fact that Black’s post was done while she was off duty, the post made no reference to PSSP, Black’s employment as a security officer, her Facebook privacy was for her approximate 100 friends only, and the post was not meant to convey her opinion to PSSP.

Ms. Black is “lucky” in that she was awarded her unemployment compensation benefits by the Employment Security Department. However, her Facebook posting cost Black her job. I strongly encourage all employees to be mindful of what they post on their Facebook, Twitter, Instagram, and other social media. Although your privacy setting may be set to “friends only”, you never know who may end up seeing your post, picture or comment – despite posting during off work hours. With the spike of social media usage, many employees are not aware of the ramifications of a simple “tweet” or comment until it is too late.